When former senior police detectives Mick Turner and Tony Hester set up Sancus Solutions during the height of the financial crisis a decade ago they knew it was going to be a tough call. But ten years later the company has now grown to become the country’s leading investigative skills training provider with major public and private sector clients throughout the UK as well as in Europe, Africa and the Middle East.

“I think in 2009 the bookies would have given us poor odds for survival, never mind success, but I’m delighted that we’ve just passed the milestone of our tenth anniversary and we continue to go from strength to strength,” says Mick. “Back then budgets were being slashed across the board and the public sector was striving to cope with unprecedented financial cutbacks.” Somewhat ironically, this created an opportunity for Mick and Tony as police forces began shedding staff and resources for in-house training were stretched.” 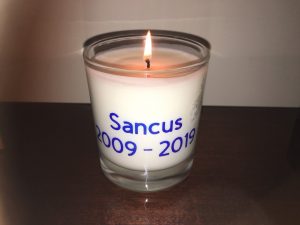 The pair had come into contact with each other after they had left the police service and were then working for an outsourcing training agency but when the company began to focus more on recruitment they decided to set up Sancus together. “I already possessed investigative skills, of course, and also carried out training to senior officers within the force,” says Mick, a former Detective Superintendent with Lancashire Constabulary who handled many serious crime cases in the county. During his 31 years with the Met in London, Tony was responsible for training detectives as head of what is now known as the Metropolitan Police Crime Academy, re-establishing it as a major detective training school.

“At the time, because of swingeing budget cuts, police forces were struggling to deliver much beyond the most essential training and we saw an opportunity to fill the gaps by providing them with a specialised, cost-effective service,” says Mick. “Sancus has now delivered training to every one of the police forces in England and Wales and become the provider of choice for many of them in areas such as professional standards and road death investigation. We quickly decided that the investigative skills we had gained during our time with the police, and then working as an external resource, were transferrable to other organisations both in the public and private sectors. This enabled the business to grow its client base to agencies such as the Home Office, the National Crime Agency and HS2. We have also been privileged to deliver training courses for employees of local authorities and numerous health trusts. At the same time, we’ve expanded to serve the private sector in the same way and we are proud to be trusted by major companies such as Virgin Media, RBS, Glaxo Smith Kline and William Hill.”

“Our trainers have clocked up plenty of air miles over the years, travelling on our behalf to Rwanda, South Africa, the United States, China, India, Kuala Lumpur, Bahrain, Singapore, Gibraltar and Belgium,” says Mick. From its base in Preston, Lancashire, the company has a nationwide network of 140 training consultants with diverse skills delivering a wide range of courses at both on-site and venue locations.

During the past two years, Sancus has branched out to develop significant expertise in large review and investigation services as well as managing and completing a number of domestic homicide reviews. It has also recently successfully applied to become part of the NHS Mental Health Investigations National Framework Agreement.

“We are now looking forward to the future with the aim of opening up new markets for training both here in the UK and internationally as we continue to grow our portfolio of services,” adds Mick. “The past ten years since our foundation have been both challenging and exciting in many ways but we now feel the best is yet to come for Sancus.”