Our Investigation Skills Trainer, Kylie Wilson, who is also an experienced mentor for trainee investigators shares her thoughts on the current issues around disclosure of unused material. Kylie’s experiences focus on Police Officers, but this applies equally to anyone who investigates and prosecutes Criminal Offences.

In the current climate where Detective Constables in specialist units are carrying workloads in excess of 30 crimes they are often too busy managing the new caseload to be able to robustly manage those they have already completed a file on.

Previously having worked on a Specialist Sexual Offences unit in a Metropolitan Force I regularly ran with 20 crimes, priority was always afforded, by supervisors, to new crimes rather than ones that were already charged as the force was rewarded by the Home Office for charging statistics rather than convictions.

I can recall asking the Detective Inspector whether he wanted me to deal with the job where he wanted an admission from the complainant that they had made it up (CCTV had already proved they lied) rather than deal with the case on which I had Judges Orders for completion the following day. I am fairly sure he muttered something about both as he scuttled out of the door.

There are a host of historical cases mentioned where there were rampant miscarriages of justice due to a wilful lack of disclosure, where the police quite rightly stood accused of having withheld vital material that ‘undermined the prosecution case or assisted the defence case’ Stefan Kiszko, Judith Ward, The Cardiff Three to name just a few examples. These are very much a historical matter now and the reason CPIA came into force in 1996 and was amended by the Criminal Justice Act 2003.

So, we move forward, and we learn… and so we have, I have never come across a case in my career where I witnessed someone maliciously or wilfully withholding material in a case. In fact, in my experience most officers would see a case that has been undermined that will not be prosecuted as a job that will no longer be on their workload or need any further work doing on it.

The recent rape cases that collapsed at first view appear to have been a lack of basic investigation into available evidence, however, when you see that the Metropolitan Police apologised early on saying there are too many cases for too few detectives you can see how this has come about. Their response of course is more training and more strategy meetings with CPS. These of course are the basics that disappeared along with cost cutting some time ago. 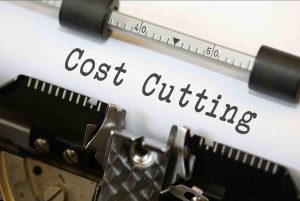 What has happened now is that under the weight of cuts and the message of doing ‘more with less’ and the rampant issues of sickness across the country more often than not mental health issues brought on by stress. Ten years ago, I knew one police officer who suffered from mental health issues, now it is easier to count those who don’t.

Add all of that together and you have a workforce that is hanging on by a thread, with just the last vestiges of goodwill and duty holding the dam. CPIA may well be the undoing. The current Attorney General Jeremy Wright QC was reported to have said not to make disclosure problems an argument about resourcing.

I would contend there is only one thing you get with less…it is less.